Learn the Language of Seismic Acquisition

Easy to use calculators for your seismic program. 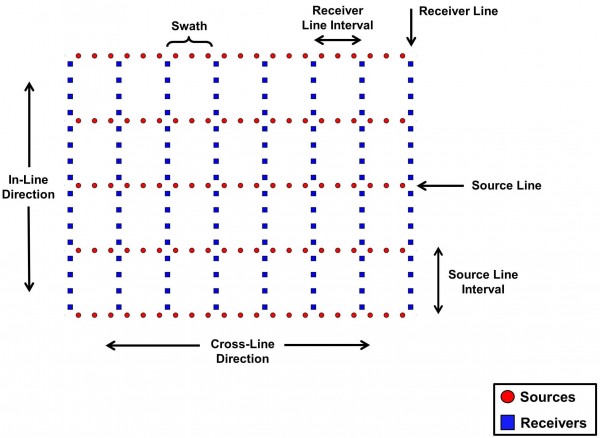 A line that has some type of energy release (Dynamite/Vibroseis/Weight drop/Airgun) at specified intervals within a seismic program.

A line that has sensors (Geophone/Hydrophone) laid out at specified intervals within a seismic program.

The distance between 2 adjacent source lines.

The distance between 2 adjacent receiver lines.

The distance between adjacent source points along a source line.

The distance between each group of receivers (or single sensors) along a receiver line.

The direction parallel to the receiver lines.

The direction perpendicular to the receiver lines. 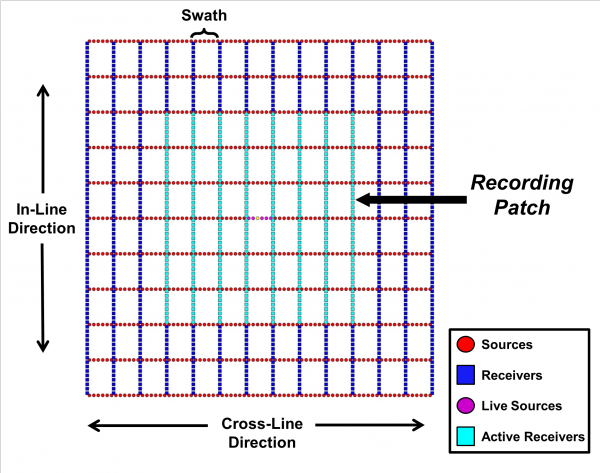 All stations (receiver points) that are actively recording for a given shot point.

All the shot points between adjacent receiver lines.

Rolling on / rolling off:

The process of recording with a partial patch on the edges of the seismic program. This process ensures that the required offsets are obtained while avoiding the acquisition of unnecessary far-offsets, thus maximizing the field crew's efficiency.

All stations (receivers) in a 3D seismic program are actively recording data for all shot points on the project. 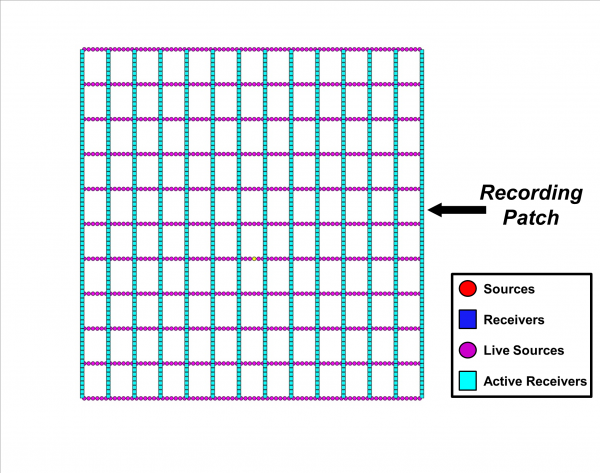 Complete lines of station (receivers) are actively recording data as the seismic program is being acquired. You will notice that the first shot point in the project will have 1/2 of the full recording patch. 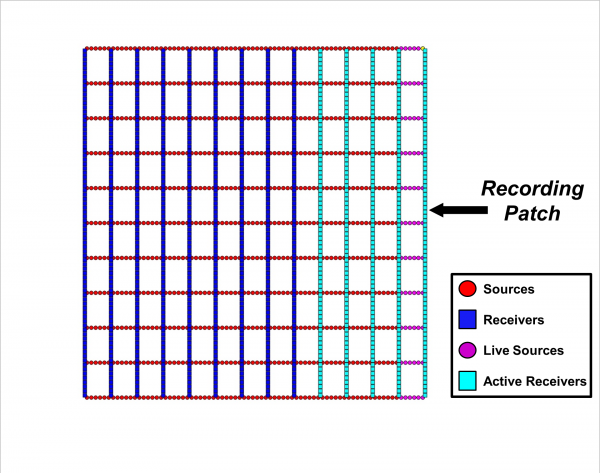 Lines and station (receivers) are actively recording data as the seismic program is being acquired. You will notice that the first source point in the project will only have 1/4 of the full recording patch 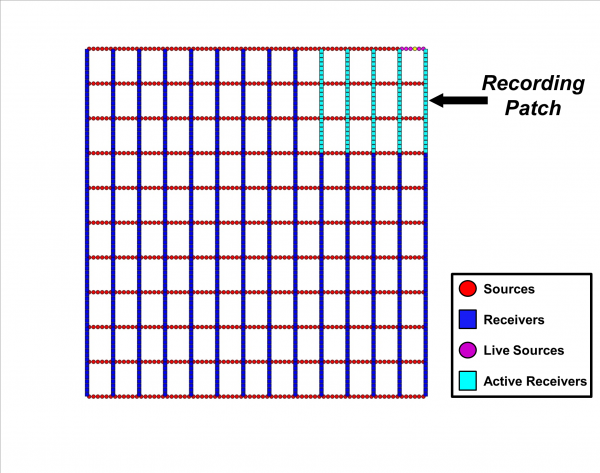 Below is an animated example of Roll-on / Roll-off Seismic Acquisition:

Below is an example of Roll by lines Seismic Acquisition:

Not sure where to start when it comes to your seismic program? Use our project starter form to get it going in the right direction.