Learn the Language of Seismic Acquisition

Easy to use calculators for your seismic program.

Fold and signal to noise ratio 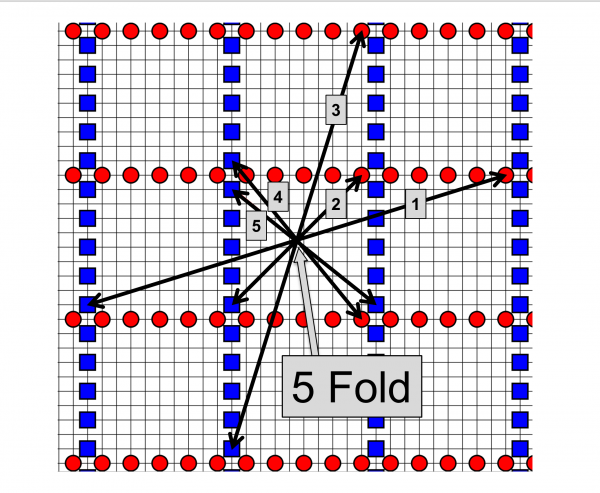 The number of source/receiver ray paths that have a common mid-point(CMP) in 2D, or the number of CMP's within a given bin for 3D Fold.  In the example above, the bin has '5 fold'. 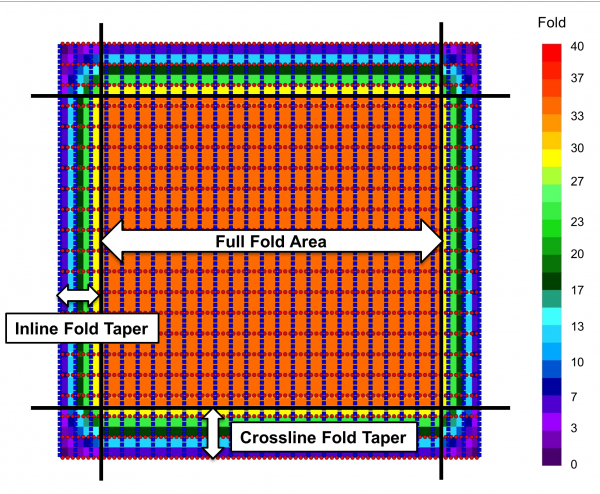 The area of the 3D seismic survey where the maximum fold is achieved for the target offset.  The full fold area does not include migration aperture.

Areas on the edge of the survey where the fold is 'building-up' to full fold.

The fold taper in the direction parallel to the receiver lines.

The fold taper in the direction perpendicular to the receiver lines. 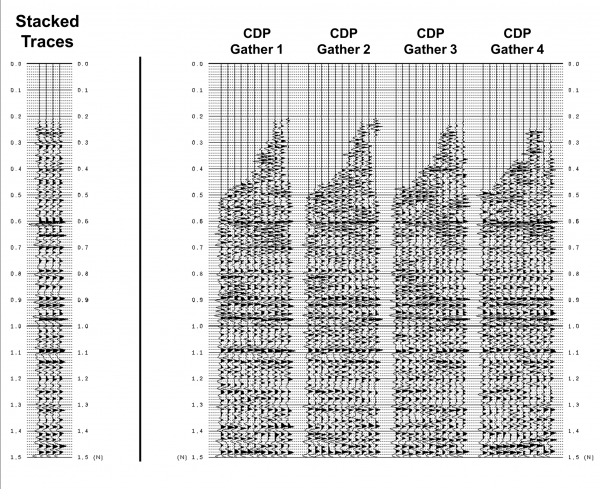 Is the process of summing seismic traces together to improve the S/N ratio.

Not sure where to start when it comes to your seismic program? Use our project starter form to get it going in the right direction.